The Ultimate Fighting Championship’s flagship event was scheduled to take place in Perth, Australia. The global pandemic led to the postponement of the event and a relocation.

Yas Island in Abu Dhabi was selected to host the rescheduled UFC 251 premiere and further fight night events spread over a three-week period.

The location is no stranger to large-scale spectacle. The island has hosted the FORMULA 1 ABU DHABI GRAND PRIX since 2009 and is one of the most popular tourist destinations in the Middle East. It was ideal to be the location for the UFC event, which would be the focus for millions of fans watching from home.

What appeared to be a relatively straightforward power project, required every ounce of our expertise and experience, due to the extensive restrictions placed on the event.

Covid-19 impacted every facet of everyday life, including all sectors of business. The events industry was hit harder than most, with no mass gatherings permitted it meant that the majority of live events were cancelled.

Those that could go ahead, like UFC 251 and the subsequent televised fight nights, had to follow a raft of rules and regulations in order to protect the health and safety of all involved. It meant that even routine operations had to adapt quickly if we were to successfully deliver our power solution to the event. 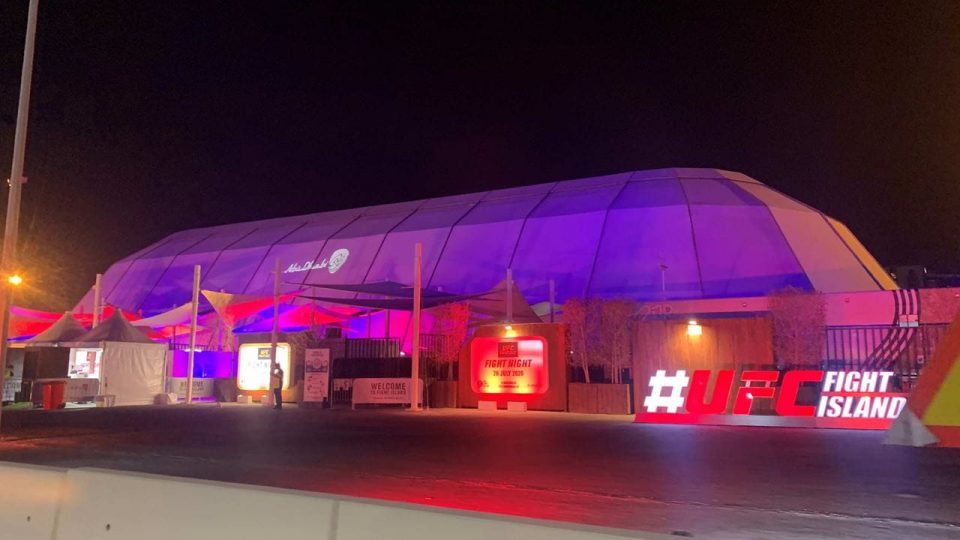 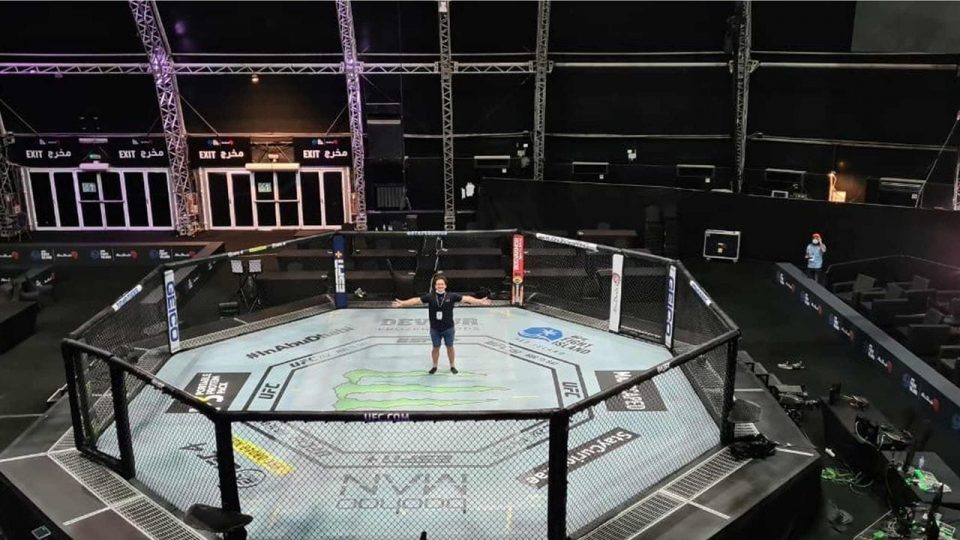 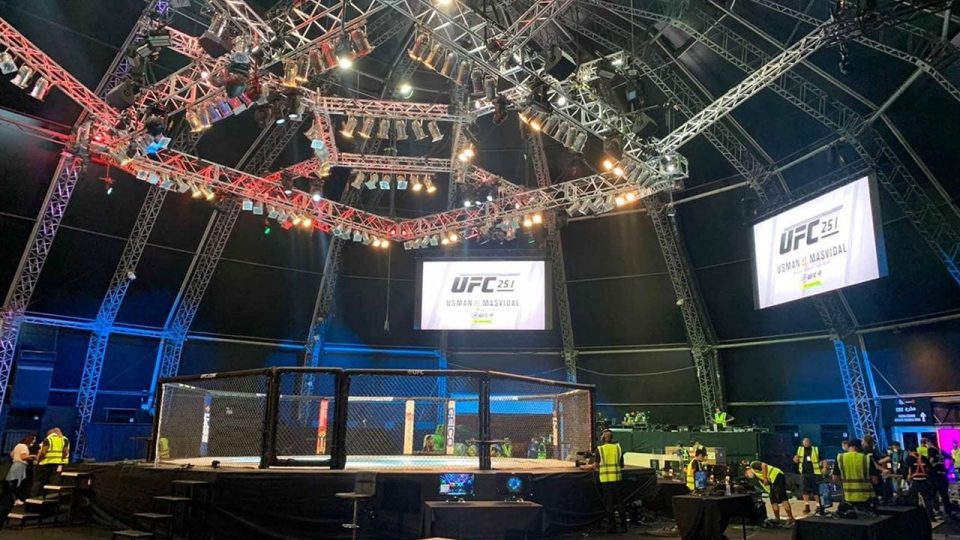 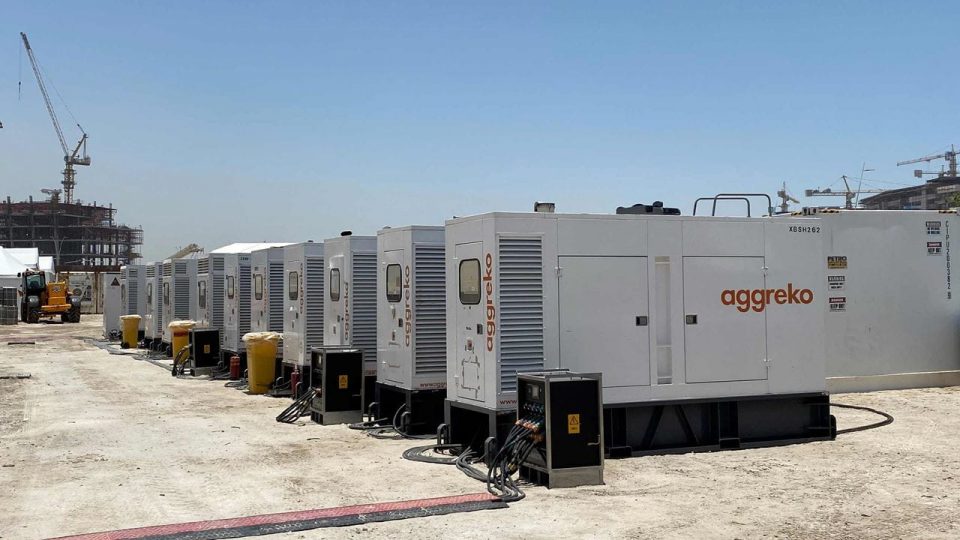 With a number of technicians and experts involved, our team stayed in a hotel and quarantined for 14 days, with several Covid tests being taken during that time.

We had the all-clear to begin our work, and thanks to thorough planning we had devised an installation strategy that would conform to the security demands placed on the site – as well as ensure a swift delivery before the cameras began to roll.

Our equipment was deployed for a wide range of requirements such as live broadcast power, audio and video, lighting, public checkpoints and even police and security checkpoints too. Our power was involved throughout.

The entire process was split into two parts – Team A and Team B. Team A were responsible for the installation and Team B would be helming the operations when the event began, giving the organising company peace of mind that our presence was always felt on site.

Continuous calls and messages took place between each group to ensure a smooth project and delivery and once Team A had deployed the equipment, Team B took over during the event, keeping the lights on and allowing fans the world over to see every bout in a three-week combat spectacle.

Every fight was a knockout hit with the fans, with the millions at home watching and streaming, able to enjoy the action blow-by-blow, thanks to our power.

The large scale of both the site and the power demand and the global pandemic added extra obstacles, which most wouldn’t be able to provide the reliable power we’ve built a reputation for. But we came up with the goods when it mattered most.

Our experts overcame all challenges and adapted so our customer could put on a show. We don’t let anything get in the way of a job well done.